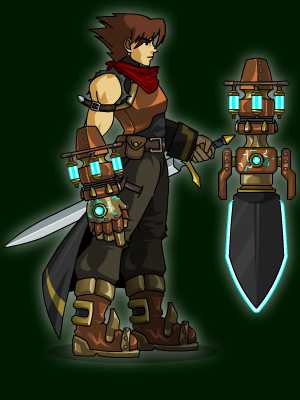 Technomancers, however, usually don't wield swords for a default weapon. It's really supposed to be a laser that hits 6-12 damage light.

Element: Light (or the weapon element)

Effect: Deals damage based on your current amount of MP. Appears to have a base of 35% and a random of 40%. Recommended for high WIS builds.

Effect: Reduced cooldown of all skills by 3. Please note that this is actually 4 turns, because you burned up a turn to activate the skill. Plan accordingly.

Description: 10% chance to stun each enemy

Description: Removes enemy mana, the source of all bugs