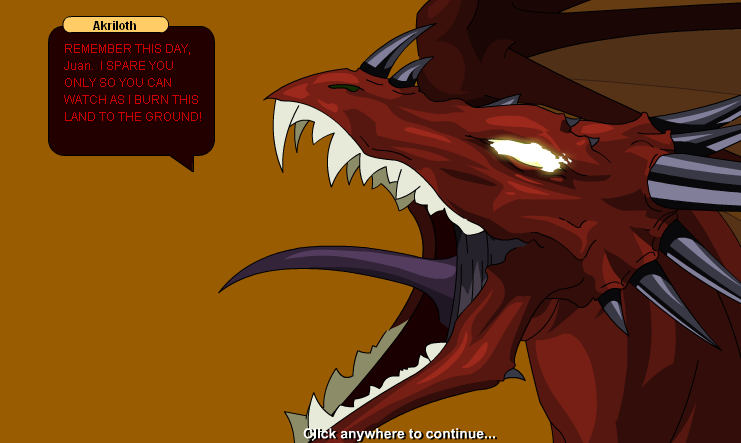 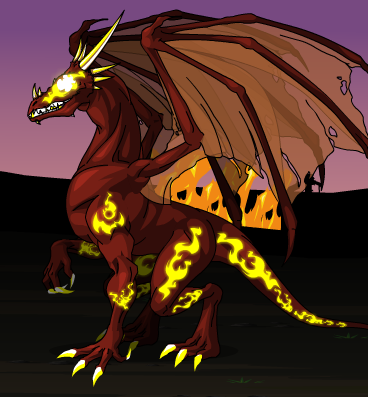 Akriloth with the full power of the Fire Orb 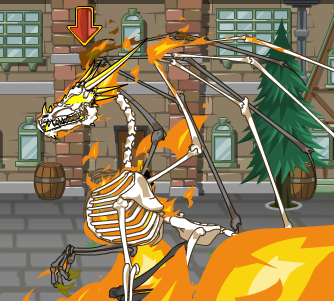 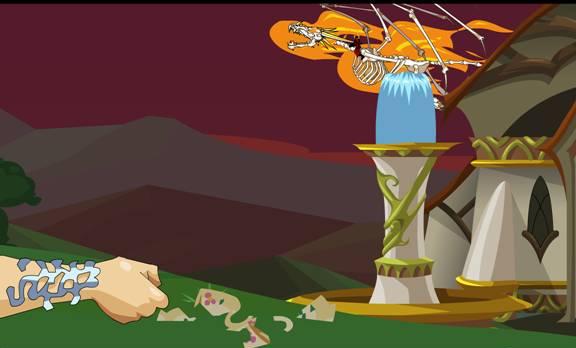 "Akriloth is one of the most powerful fire dragons." He is mentioned in the quest, A Cold Reception as the dragon that scorched Galanoth's village and killed his parents. However, in Aftermath, it's revealed that Akriloth is a she, not a he. (Correction: In the Design Notes, on 6/8/09, Rolith stated that a mistake was made while writing the cutscene and that Akriloth is in fact a HE.)

In "A Letter From Home"

Akriloth:I AM AKRILOTH, THE MOST POWERFUL FIRE DRAGON THIS WORLD HAS EVER SEEN!

Akriloth:WITH THE FIRE ORB IN MY POSSESSION YOU HAVE NO HOPE OF EVER STOPPING ME!

Akriloth:I WILL BURN THIS LAND TO CINDER AND RULE IT WITH MY ARMY OF FIRE!

You:I will find a way to stop you.

Starts the quest Akriloth. You can summon dragon or run for your life.

Akriloth:SO THE LEGEND OF THE DRAGON BOX IS TRUE.

Akriloth:NO MATTER, I'M FIRE MYSELF THOUGH.

Akriloth:NO NEW-BORN DRAGON CAN COME CLOSE TO MY POWER WITH THE FIRE ORB BESIDE ME.

You fight Akriloth then you lose.

Akriloth:HAHAHA! REMEMBER THIS DAY, (insert name). I SPARE YOU ONLY SO YOU CAN WATCH AS I BURN THIS LAND TO THE GROUND!