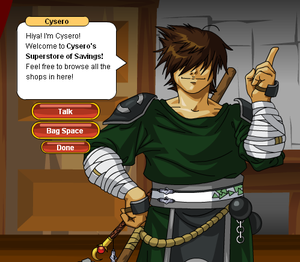 Cysero in his shop

Cysero's Superstore of Savings, A Visit To Cysero, mentioned in Crossing the Line.

I was sorry that I didn't get to see you before I left... especially since you STILL owe me 5 gold... or was that you? Maybe it was Jeff.

ANYWAY, I'll be keeping an eye on you. I can see that things will only get more dangerous from here on in, and you will need new, more powerful weapons. I've gone to find the materials what I will need to make them for you. Good Luck Hero! ...

Any services this NPC offers, such as:

Cysero (lvl 22) is an in-game NPC for Artix Entertainment LLC's DragonFable. In real life, Cysero is the game's graphic designer. In game, he is known as DragonFable's mad weaponsmith.

Cysero is a very mysterious NPC (non player character) so far in DragonFable. He owns a weapon shop where players may exchange rare Dragon Coins for his valuable weapons. He first appeared in-game as the announcer in the in-game town of Falconreach, but was later replaced with the NPC Nythera. He also has a character who can be fought in the Player versus Player (PvP) section in DragonFable, where he wields the mighty Cysero's Massive Rawk Thunder Kill You Stick (damage 900 - 2054 energy). He also has a GodKing Linus which has a 50% to shrink you. (Cysero's PvP ID number is 137382). Cysero can defeat an opponent in one hit, but can be beaten by the Necromancer's Dominate ability if successful.

He used to never be seen in his shop so it was run by his Orb, which is like a common day answering machine. He has multiple orbs in his house, who are continually asking others and even each other whether they wish to buy weapons or not. His shop sells magic and mystical weapons in exchange for DragonFable's rare currency, DragonCoins. Also, at his shop, players could obtain extra inventory space for storing their items at the cost of 100 DragonCoins per slot, then ranging in price from 300 to 500 DragonCoins.

He used to be seen near the Inn in Falconreach but was replaced by Nythera. During his appearance in Falconreach several changes happened to the town, especially to the Guardian Tower. The change in the town was that the snow cleared after the Frostvale War and when he first appeared, the Guardian Tower was turned upside down. It then turned into a giant fish, but eventually it turned back to normal. He is also seen in the Titans of Battleon quest, along with Artix and Zhoom.

Until the finale of the Dragon Egg saga was released, Cysero's dwellings remained a mystery. In the quests for your egg provided by the in-game NPC Warlic, you find yourself in Warlic's house, which he shares with his roommate, Cysero. Warlic despises Cysero and his dirty laundry, and in an attempt to stop Cysero's laundry, he divides their house by painting a yellow line straight through the middle of the house. In your quest to Cysero's side of the house, instead of walking on the floor, you are walking along the wall, past healing books and orbs. Later, as part of the Guardian Quests, you return to his house for an enchantment of his to repair your armor.

Not many people know much about Cysero. In the creation of the game, Cysero is the Artist and Animator. He is the one to blame when a low level monster knocks you out. It is best to stay on his good side. On various forum posts he has stated himself that he is incredibly hideous. He occasionally uses the pseudonym C. Cysero, but he has confirmed on the forums that is not his real name. He has also confirmed on forums that he occasionally wears a chicken hat. In the DragonFable Design Notes, March 26th 2009, Cysero reveled that he is engaged to his girlfriend, Rebekah.

The Cysero Rebellion was where some brave forumers tried to find out more about Cysero. It ended up with Lord_asparagus, Rimblade, Nikemorya and Maestro911 taking over his shop with his orb lying crushed on the floor. It was a fun event, but ended long ago. Regardless, this began the Cysero's Defenders 'clan' and the Cysero's Rebels 'clan', who are at perpetual war with each-other. Other members of the group formed their own forums.

Some people happen to believe that with all the mispronunciations of Cysero, his name should be spelled out: Sisero. Other spellings include Cryseo, Crssyso, Kysero, Castro, Crysero (A.K.A Cysero's over emotional brother) and others.

Common ways to pronounce his name are Sci-Sir-Row, Sis-Er-Row, Cry-Ser-Row, ceerso, and many others. As of a special event in AQWorlds where the real life Cysero and Warlic speak, Warlic pronounces Cysero's name Sis-Er-Row.

At the end of his post, he will usually leave: ~C. This standing for Cysero, but instead of being pronounced like the beginning of his name (Sis) (Plain S) it is just to be pronounced like Sie/Psi. If you can't pronounce it, it rhymes with pie. (LOL) ~C

In Mechquest, Cysero's character name is Sys-Zero while there is a character named korin who comes closer to cysero watching his acting. 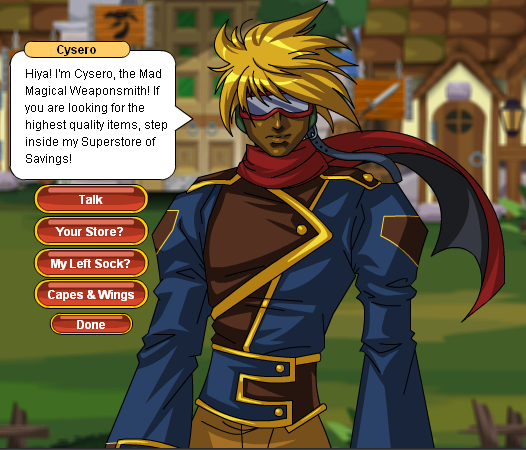 Cysero's Appearance during April Fool's Day 2008. It is identical to his Mechquest appearance. 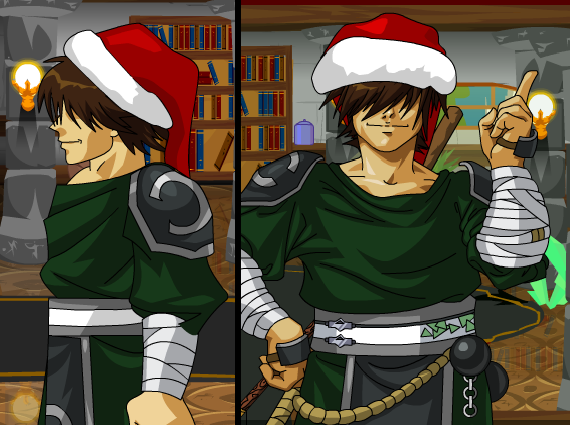